**PLEASE NOTE: The Kingston Penitentiary will be CLOSED from September 9th to the 17th.**

Behind the limestone columns and massive walls, lies Canada’s oldest and most notorious maximum security prison. Since opening it’s doors in 1835, The Kingston Penitentiary has held some of Canada’s most famous criminals, some of which you may have heard of. Among them include the likes of Paul Bernado, Russel Williams, Clifford Olson, Ty Conn, and Grace Marks (who inspired Canadian author Margaret Atwood’s fictional novel ‘Alias Grace’). In fact, Netflix has adapted that novel to a series, and some of the scenes were filmed on the Kingston Pen’s grounds. 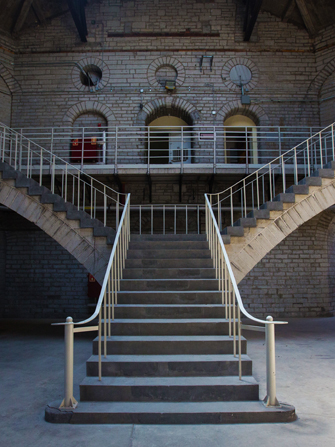 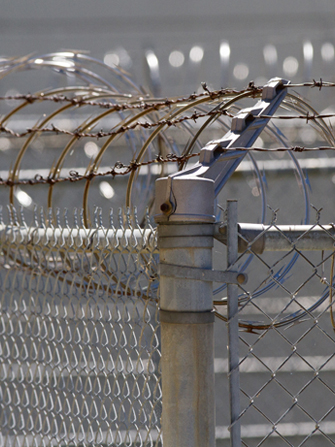 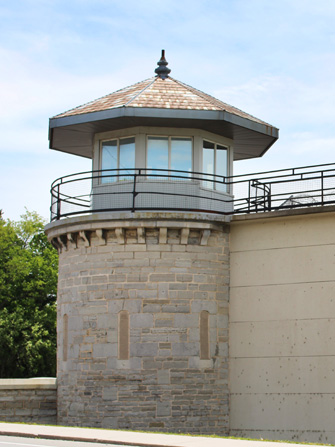 After almost two centuries of operations, the Kingston Pen closed it’s door in 2013. Five years later, the doors were re-opened for visitors to gain a glimpse into the lives of inmates and corrections personnel. These tours include getting to see cell blocks, the north gate, and the main dome. The Standard Kingston Pen Tour takes approximately 90 minutes (1.5 hours), and is wheelchair accessible.

After visiting the Pen, don’t forget to stop by Canada’s Penitentiary Museum, which is located just across the street. The sumptuous house was originally known as Cedarhedge, built between 1870 and 1873, as the official residence of Kingston Penitentiary’s warden and his family. Today the house is dedicated to preserve the history of Canada’s federal penitentiaries, and to show the complexity of  the prison environments. Displayed through eight rooms, you will see a collection of penitentiary-related artifacts, photographs, learn about entertainment and art programs introduced to the inmates in the 1950’s, and chat with oe of the Officer Volunteers, whose first-hand experiences date back to the 1960’s. The museum is entrance by donation, and is the perfect place to visit before or after your Pen tour for a bit of extra insight of the famous prison. They are open from July-August from 9am to 6pm, with the last admission 1 hour before closing.

The 1.5h Standard Kingston Pen Tour is included in 48H and 72H K-Pass Only.